By Bhvishya Patel For Mailonline

Boris Johnson and Australian Prime Minister Scott Morrison have agreed the broad terms of a post-Brexit trade deal, according to reports.

Mr Johnson and his Australian counterpart were said to have agreed the pact over dinner in Downing Street ahead of a formal announcement set to take place later today.

Downing Street did not deny the reports and, if confirmed, the agreement would be the first trade deal negotiated from scratch since the UK’s exit from the European Union.

Industry leaders have raised concerns over possible compromises on food standards, while farmers fear they could be undercut by cut-price imports.

A split in the Cabinet also appeared between International Trade Secretary Liz Truss and Environment Secretary George Eustice, who has concerns about the impact on farmers.

Mr Morrison has previously spoken repeatedly of his ambition to honour the ‘special relationship’ between the two countries and was pivotal in seeking a quick deal with the UK, prioritising talks on his current trip to the country.

‘The Brexit that has occurred is an opportunity for us to pick up where we left off… and to once again realise the scale of the trading relationship we once had,’ the Australian Prime Minister said at the Chamber of Commerce breakfast on Monday.

‘And who better to do it than with Australia? Who better would understand the issues and sensitivities that have to be worked through? 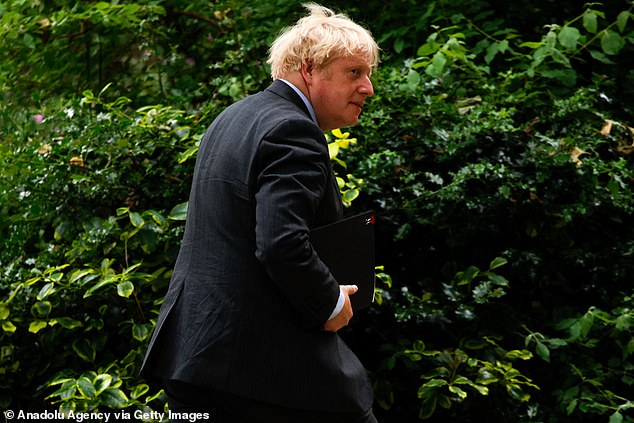 ‘This indeed is a special relationship and one… I think can be greatly enhanced by these ­additional steps.’

The Australian and UK Prime Ministers are set to meet again today at Downing Street to agree a new trade agreement in principle, with Mr Johnson looking to secure a greater trade pathway with the Pacific.

Last month, Mr Johnson insisted a free trade deal with Australia should be seen as an ‘opportunity’ and not a ‘threat’ despite fears among UK farmers the agreement could put them out of business.

His comments came following reports the UK had offered Australia a deal which would see a 15-year transition to zero-tariffs and zero-quotas.

Trade Secretary Liz Truss was given the go-ahead to bring about the post-Brexit deal in spite of a significant backlash from the UK agriculture industry.

Australia has been negotiating for a five-year period of cutting import and export taxes, but the idea has stoked fear that British farmers would be undercut by the introduction of cheaper beef and lamb from overseas.