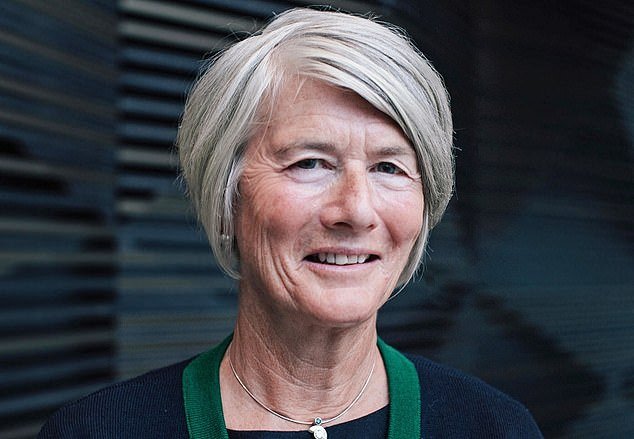 By Tom Witherow For The Daily Mail

The new owners of Asda have appointed another heavyweight director to their petrol station empire to allay concerns over governance.

Mohsin and Zuber Issa announced that Dame Alison Carnwath would be installed on the board of EG Group as the head of the audit committee.

The moves come as the billionaire brothers ready for a potential stock market float.

But the appointment of Carnwath, 68, may raise eyebrows. The former investment banker has served on the boards of FTSE titans including BP and Barclays, and is a non-executive director at Zurich Insurance.

She was also chairman of landlord Land Securities between 2008 and 2018, and was awarded her damehood in 2014 for services to business.

But she is no stranger to controversy. As head of the remuneration committee at Barclays, she rubber-stamped Bob Diamond’s pay packet, worth up to £17million, causing outrage.

She later said she had urged the bank to give the former chief executive ‘zero bonus’ but was overruled.

The Issas said: ‘The appointment of Alison clearly demonstrates a commitment by the shareholders to put in place a board that is consistent with those of a public company of equivalent scale.’

Mohsin, 49, and Zuber, 48, bought their first petrol station in Bury in 2001, growing EG Group to 6,000 forecourts on three continents on the back of £7billion of junk debt.

The debt-fuelled expansion has fuelled criticism the business is not sustainable.

In October, Deloitte resigned as auditor due to concerns over governance and internal controls.

Criticism mounted after they announced their £6.8billion acquisition of Asda, the UK’s third-largest supermarket, backed by TDR Capital.

The pair bought it with just £780million of their own, raising a further £2.75billion in a record sterling junk bond sale.

They then immediately announced the sale of Asda’s petrol stations to EG, and the sale and leaseback of Asda’s logistic network.

In the past month they have registered offshore companies in Jersey to manage Asda finances. And they have pledged to invest £1billion over three years.

Independent retail analyst Richard Hyman said: ‘They are making a statement to the wider world, whether it’s for floating or raising capital, to give reassurance that they’ve got very experienced and professional leaders. They’re upping the ante and probably are preparing for a float.’