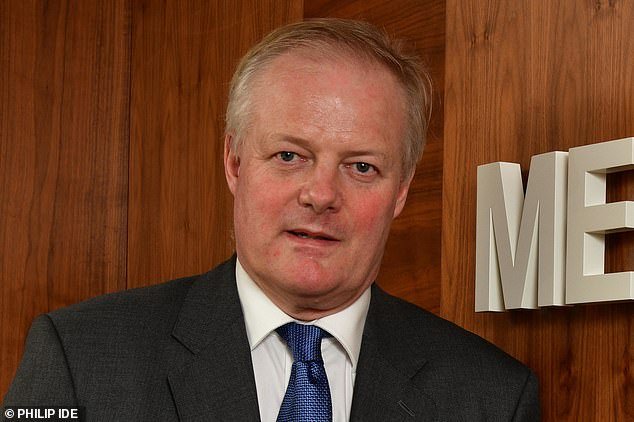 By Matt Oliver For The Daily Mail

The boss of Melrose faced a backlash after claiming that the closure of GKN’s last British automotive plant was ‘difficult’ but unavoidable.

Simon Peckham said the Birmingham factory had lost more than £100million in a decade and was shedding more business because of the switch towards electric vehicles.

He told Parliament’s business committee that he blamed previous managers for a decision to make GKN’s electric car parts in Europe.

Hours later, trade unionists accused him of making ‘misleading’ claims and demanded he correct the record.

The row follows an outcry over GKN’s plan to shut its car components plant in Erdington, with the loss of 519 jobs.

Critics say the move flies in the face of Melrose’s stated aim to make GKN a ‘UK manufacturing powerhouse’.

Peckham insisted Melrose had kept all its promises after buying GKN for £8billion three years ago.

He told MPs: ‘We have complied with the spirit and the wording of every undertaking we gave, but we also said we would make difficult decisions. Unfortunately, Erdington is one of those.

‘I’d like to say we are sorry. We do understand this is difficult for the employees at Erdington.

‘But we have done everything that we said we would and unfortunately this is one of the difficult things we have to do to make GKN a better business.’

Peckham said 25 per cent of the plant’s UK market had ‘disappeared’ from 2016 to 2019 and that 40 per cent of remaining sales came from parts not needed in electric vehicles.

He said GKN had already set up electric vehicle manufacturing operations in Italy under previous management.

‘We did not make that choice, they did,’ he said.

‘Unfortunately there’s nothing we can do about it, it is a legacy we inherited.’

Trade union Unite spokesman Des Quinn said: ‘Erdington has a world-class manufacturing capability. Either MPs have been misinformed or the workforce has been misled.’ He claimed that losses at the plant reflected internal accounting methods and not its true business contribution.

Melrose denied that last night, saying: ‘Erdington is an assembly operation and any attempt to characterise it any other way is misleading.’