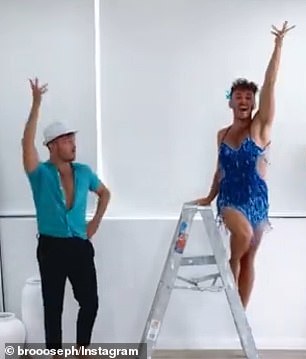 A Bondi-based performer has become a rising internet sensation thanks to his incredible recreations of Disney scenes and broadway hits, where he plays multiple roles on screen at the same time.

What started as a way for Joe Donovan to stay creative and entertain his friends amid COVID-19 has now delighted thousands of fans and celebrities alike.

The dancer, 24, recently took on two High School Musical numbers on Instagram Reels – which saw an original cast member give her tick of approval.

Scroll down for video 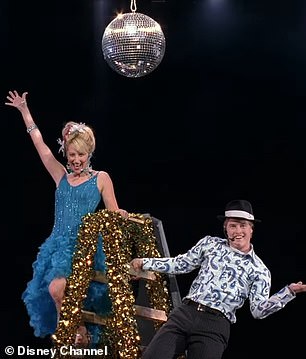 Lining up with the 15th anniversary of the teen franchise, Joe recreated ‘Stick to the Status Quo’ and ‘Bop to The Top’.

‘Dang, I am impressed. Love all of this, and you!’ American actress Kaycee Stroh, who played Martha Cox, commented under one video.

But it’s not the first time Joe’s playful parody videos have been praised by one of the content’s original creators.

Earlier this month, actress Rhonda LaChanze (who played Terpsichore) reached out with ‘yassss’ after his video recreating a scene from Disney’s 1997 Hercules reached more than 2.5million views. 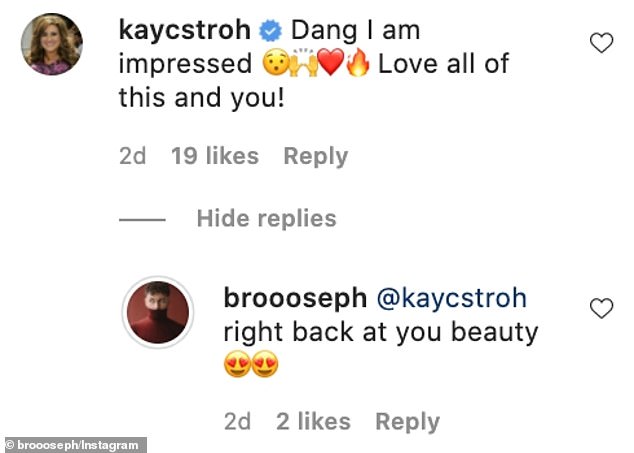 ‘Dang, I am impressed’: American actress Kaycee Stroh, who played Martha Cox in High School Musical, commented under one video her tick of approval 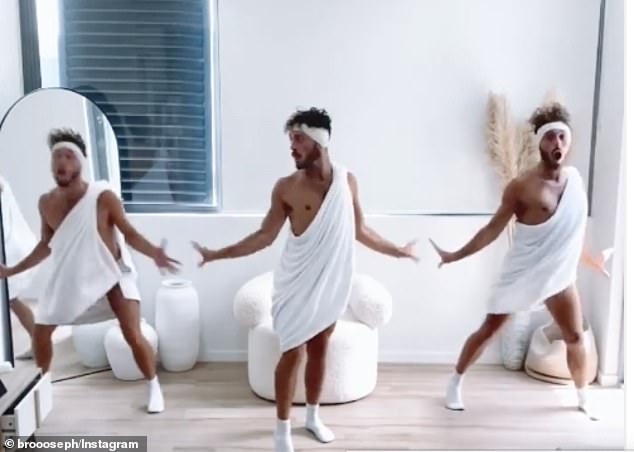 How does he do it?! Joe also performed as separate characters in the same frame in numbers from Disney animated film Hercules so seamlessly 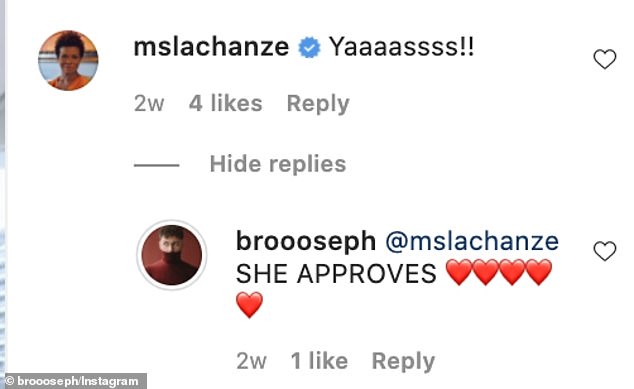 She approves! Actress Rhonda LaChanze (who played Terpsichore in Hercules) reached out with ‘yassss’ after Joe’s Hercules-inspired video reached more than 2.5million views 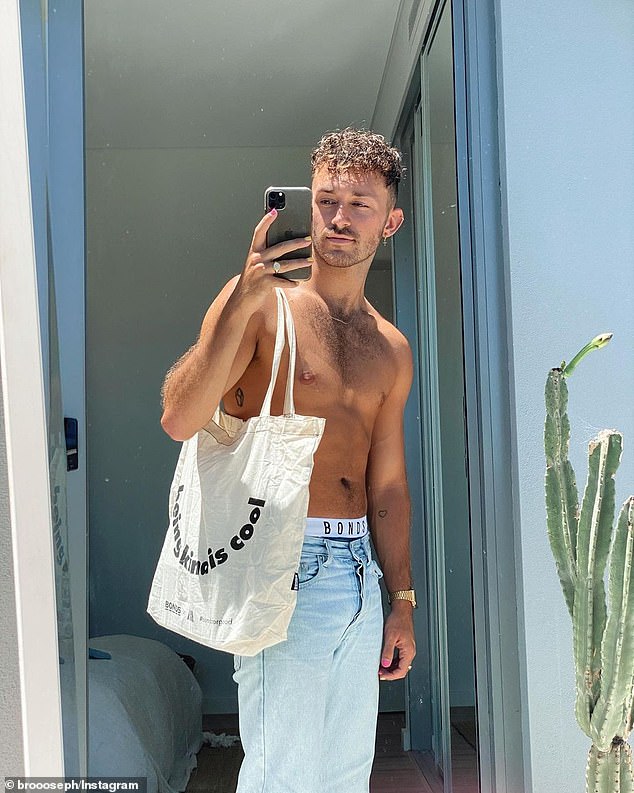 That’s dedication! Joe goes all out for the videos, sometimes spending up to three hours finding the perfect costumes, choreographing each part, filming and editing

Speaking to Daily Mail Australia, Joe said it still felt quite surreal to see stars liking and commenting videos pretending to be them.

He goes all out for the videos, sometimes spending up to three hours finding the perfect costumes, choreographing each part, filming and editing.

Joe has performed commercially for artists such as Charlie XCX, Guy Sebastian, and Jessica Mauboy to name a few, but says his true passion lies in theatre work.

‘Coming from touring internationally with West Side Story the musical and going into lockdown due to COVID was scary and gave me (pardon the vivid analogy) creative blue balls,’ he said, adding it helped to use his creativity on Instagram and TikTok. 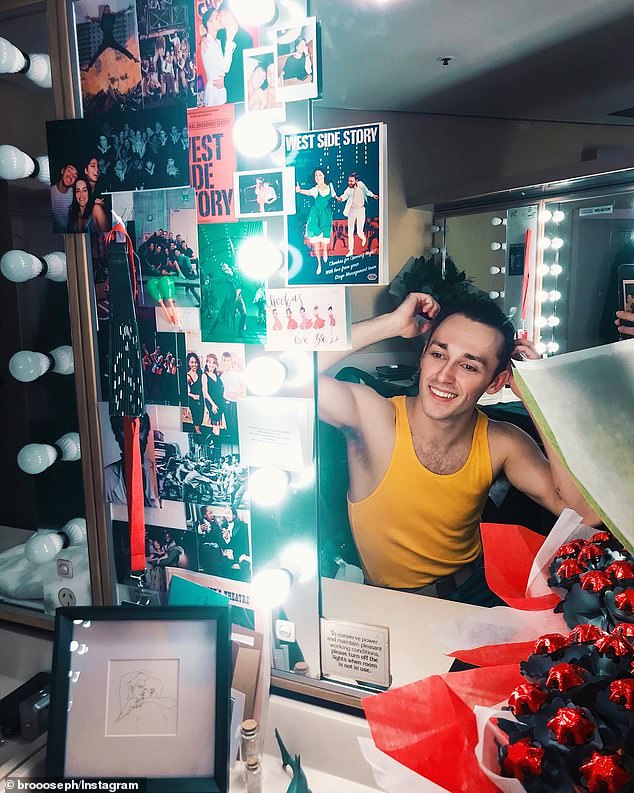 Born to perform: Joe has performed commercially for artists Charlie XCX and Guy Sebastian, but says his true passion lies with theatre. Pictured backstage of West Side Story the musical 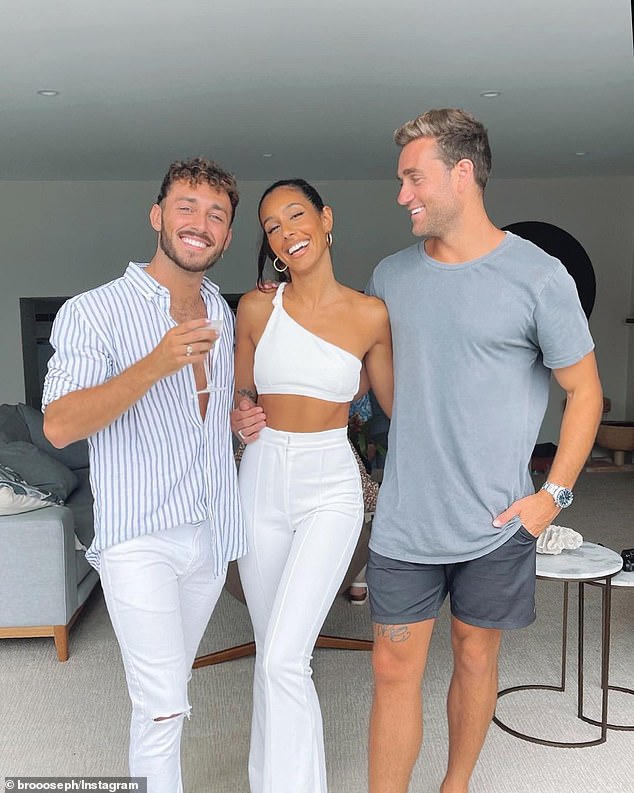 Joe, who trained at Broadway Dance Center in NYC, has also done his own renditions of scenes from Chicago and Dreamgirls.

‘I get messages left, right and center from people telling me how they had a really hard morning, but my reel made their day a little better, which is why I keep making them,’ Joe said.

However, if anyone could stumble upon his videos, Joe says he’d love for a Broadway producer to see them on Instagram or TikTok. 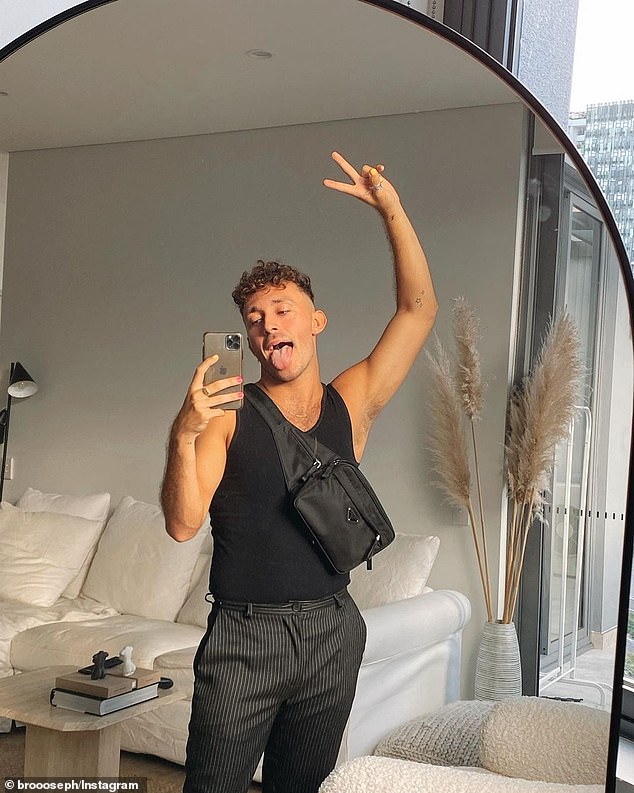 ‘That’s why I keep making them’: Joe said he loves knowing his videos entertain and put a smile on people’s faces, and hopes a Broadway producer may stumble across them