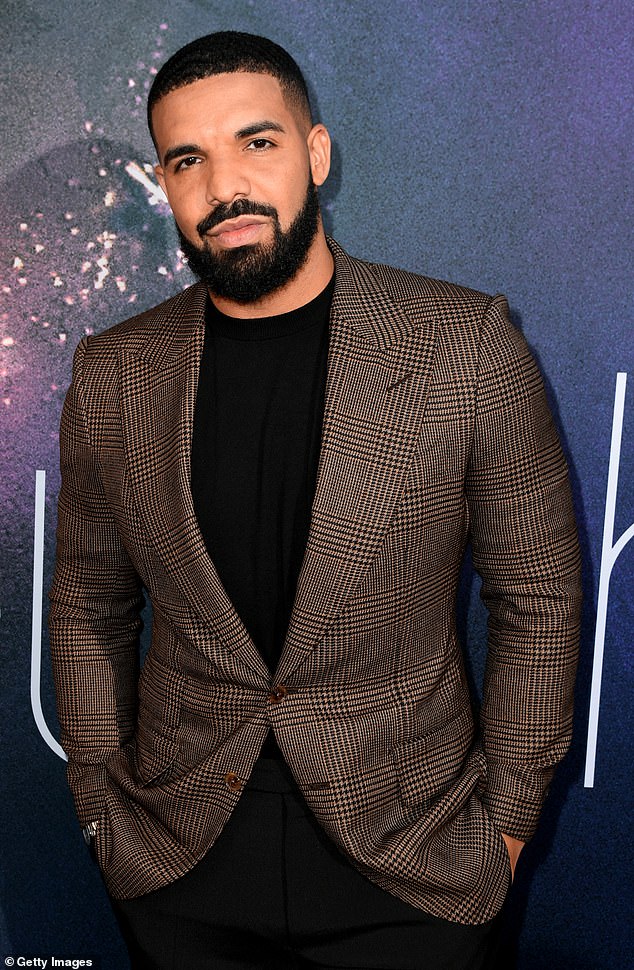 By Kevin Kayhart For Dailymail.com

One of the most anticipated new studio albums in recent times has another snag.

Canadian superstar, Drake, has decided to postpone the release of  — Certified Lover Boy — for the second time; this time the delay was due to some personal reasons which includes having suffered a serious knee injury and subsequent surgery.

The rapper and singer had originally set his sights on a summer of 2020 release, and then a January 2021 release, before this latest setback.

Album delay! Drake postponed the release of his sixth studio album — Certified Lover Boy — for the second time, due to some personal reasons which includes having suffered a serious knee injury and subsequent surgery and rehabilitation

‘I was planning to release my album this month but between surgery and rehab my energy has been dedicated to recovery,’ Drake (born Aubrey Drake Graham) shared in a post on his Instagram Story on Wednesday, January 20.

‘I’m blessed to be back on my feet feeling great and focused on the album, but CLB won’t be dropping in January.’

He ended the post by adding, ‘I’m looking forward to sharing it with you all in 2021.’

At this point Drake has not given fans an exact date as to when they can expect Certified Love Boy to be released. 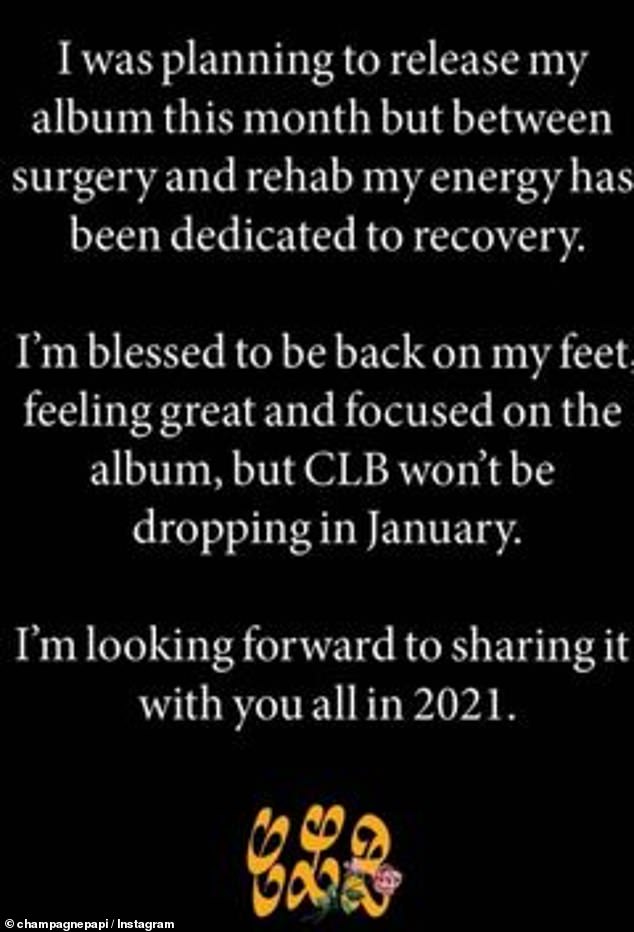 Optimistic: The rapper and singer maintained he’s has refocused himself on the new album while he continues his rehab on his repaired knee 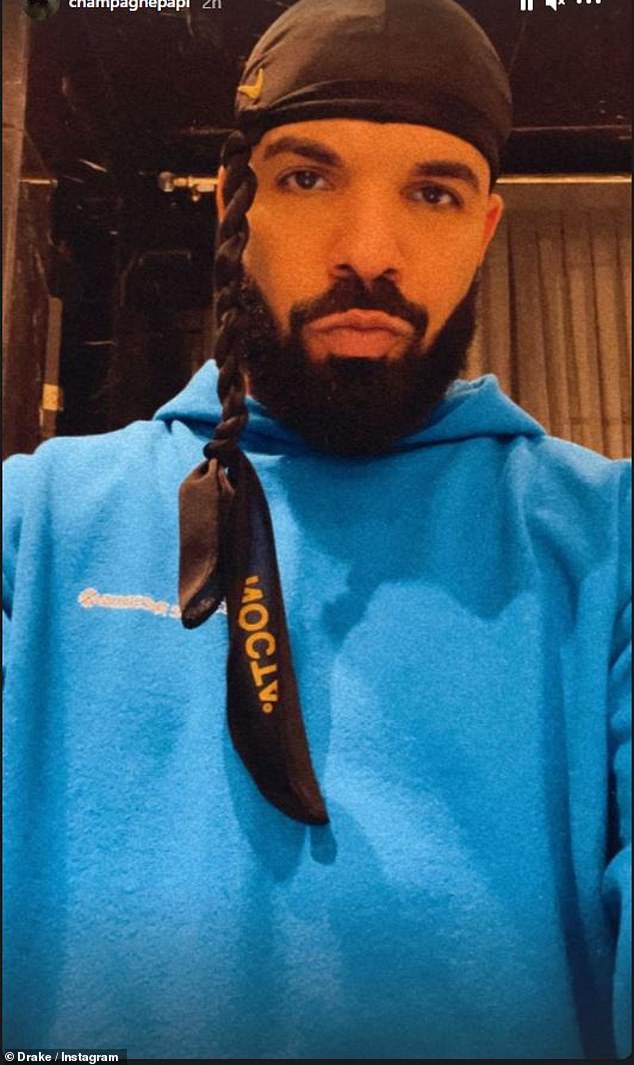 New plan in motion: The Canadian superstar said he plans on releasing Certified Lover Boy in 2021 but didn’t give and exact date

Drake, who became the first musical artist to surpass 50 billion combined streams on Spotify this month, gave fans a taste of what they can expect when he dropped –Laugh Now Cry Later featuring Lil Durk — in August of last year.

Continuing on with his work in the recording studio, all the momentum built up came to a screeching halt when Drake injured his knee in late October.

Following surgery the four-time Grammy-winner posted a clip on his Insta-Story showing his leg in a brace and a message that referred to the tumultuous year of 2020.

‘I actually want to use this post to send love and motivation to anybody else 2020 let loose on,’ he wrote alongside the image, which didn’t include a look at his face. 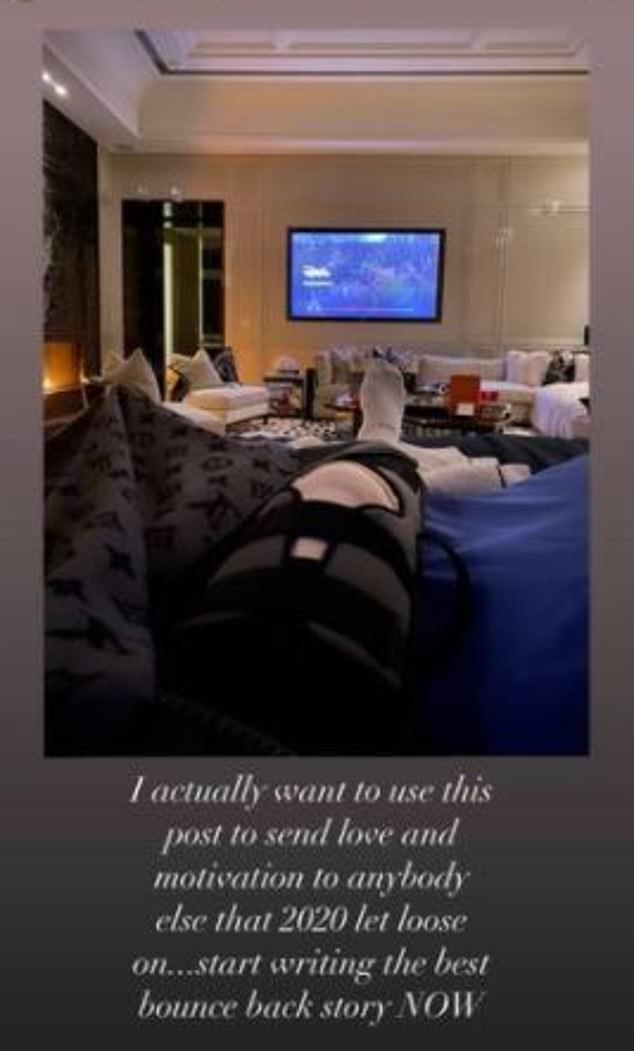 On the mend: Drake (born Aubrey Drake Graham) shared a photo of his post-surgery knee on his Insta-Story in late October 2020, where he referred to the tumultuous year of 2020 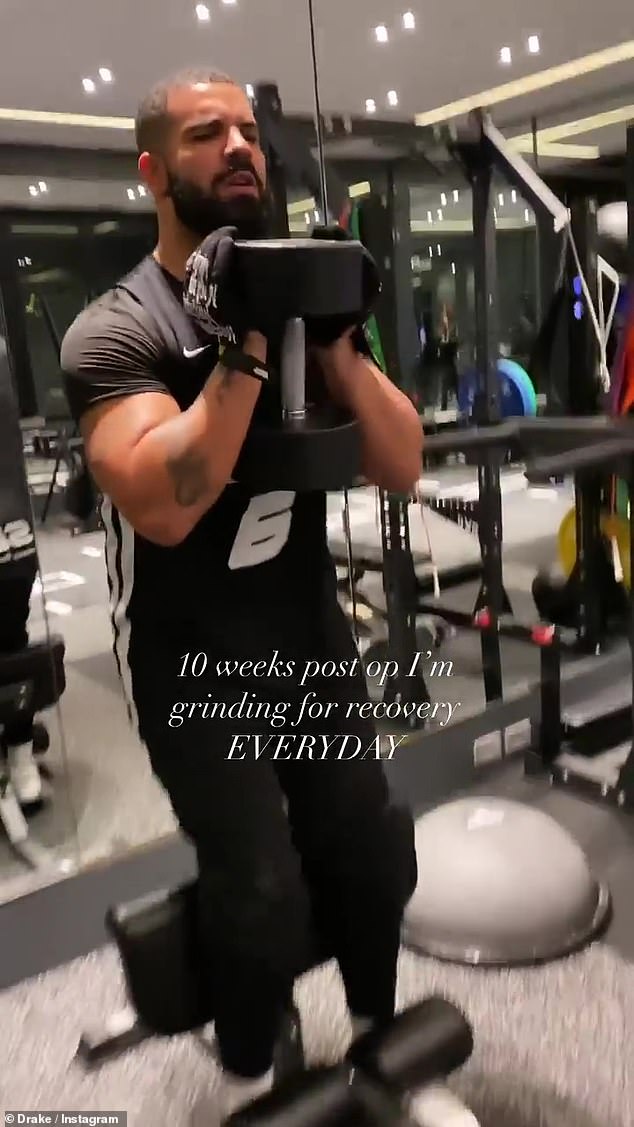 Working it: The Toronto native shared a clip showing himself doing squat exercises as part of his rehab program on his right knee — 10 weeks after surgery

Showing he truly has made a bounce back recovery, Drake took to social media last week and gave his 74.6 million Instagram fans and followers an update on his recovery.

’10 weeks post op I’m grinding for recovery EVERYDAY,’ the Find Your Love star, 34, wrote across a video of himself working out with weights in a gym.

The Toronto native could be seen doing squat exercises on a small exercise bench as he held onto a sizable amount of weight with his hands, in an effort to strengthen that rebuilt right knee.

With well over 170 million records sold, Drake is considered among the best-selling musical artists of his generation and beyond. 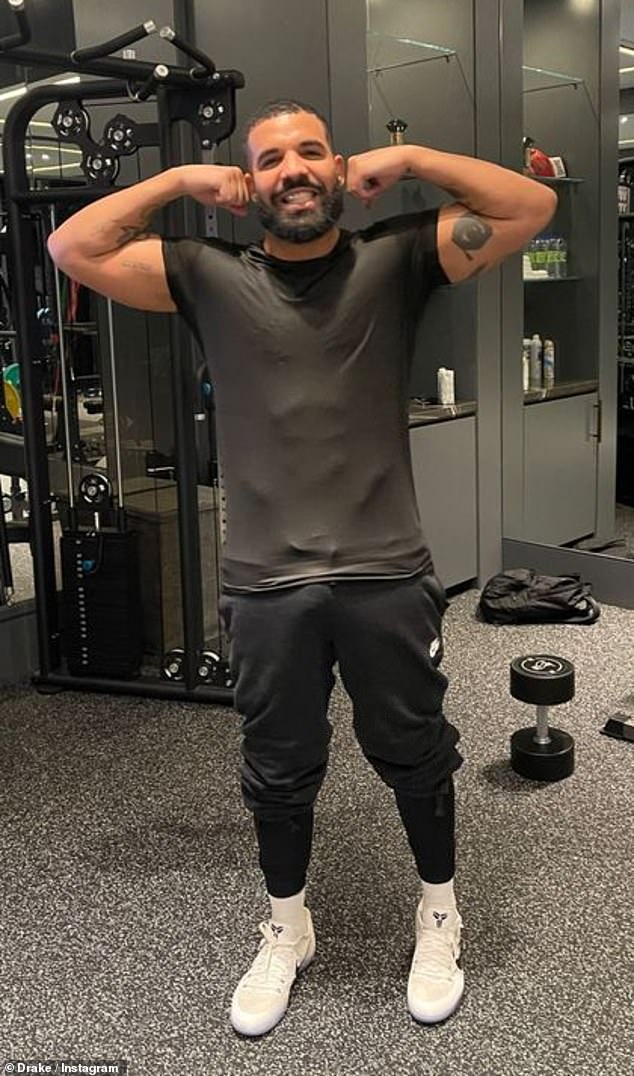 Bouncing back: Drake showed he is on the road to recovery with a muscle flex