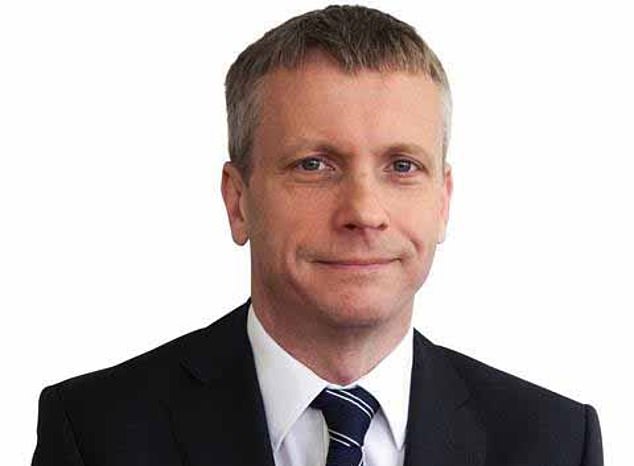 By Lucy White For The Daily Mail

WH Smith has suffered an investor revolt as a third of shareholders refused to approve its directors’ pay.

The stationery chain said it understood shareholders were unhappy with a pay rise for chief executive Carl Cowling, who took on the role in 2019.

And on July 1 2020, his salary was raised to £550,000 despite the fact that the coronavirus was weighing heavily on WH Smith’s performance.

He was due for yet another £25,000 pay rise in April. But at WH Smith’s annual general meeting yesterday, 33 per cent of voting shareholders opposed it.

The company said Mr Cowling’s performance merited the first increase in his salary with effect from 1 July – a rise he donated to the Trussell Trust, charity until October last year.

WH Smith added that it had ‘engaged with a number of shareholders’, and said that the planned April pay rise for Cowling would now be postponed until ‘appropriate’. This was unlikely to be before the end of August 2021, WH Smith added.

Cowling had already annoyed investors last year, when they complained about his pension contributions.

Although WH Smith cut Cowling’s contributions from the 25 per cent of his salary which Clarke was awarded to 12.5 per cent, the Investment Association warned this was still far more than the average worker. The contributions will fall to 3.5 per cent from 2023.

While Covid has battered WH Smith’s sales its performance over Christmas was ‘better than anticipated’.